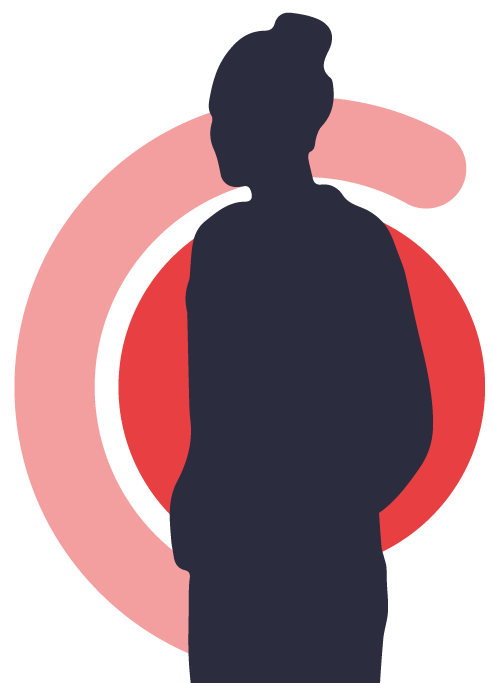 Gloria’s (not her real name) main special educational need was Speech and Language. She arrived at TCES with very low self-esteem, finding it difficult to manage her emotions and would often be seen crying and expressing how she wasn’t happy with either herself or those around her. She did not particularly enjoy schoolwork and was often observed sketching in lessons to ease her anxiety.

Before being formally taught by her art teacher, Gloria would bring her drawings for him to see and comment on. She also used the opportunity to confide in him about how she felt about school life in general. The art room became her sanctuary. The teacher noted that her drawings were very dark, featuring lots of blood, knives and stabbings. He described them as alarming to look at and sometimes containing declarative statements such as, ‘I want to kill myself.’

Having built a relationship with Gloria, the teacher felt able to ask her directly whether she truly felt like that. He was able to glean that while she certainly saw the world in a gloomy way, she still wanted to remain a part of it. Supported by her mother, the teacher encouraged Gloria to identify art as a key strength. He suggested that she explore her love of anime and Manga further and study for an Art GCSE, which she completed in Year 9, achieving a grade 9.

Gloria is now taking A Levels and is approaching them with a new sense of assertiveness, confidence and enthusiasm. Her art teacher is working with Gloria and her mum to identify a college for her to move onto that will suit her unique talents and skill as an artist. 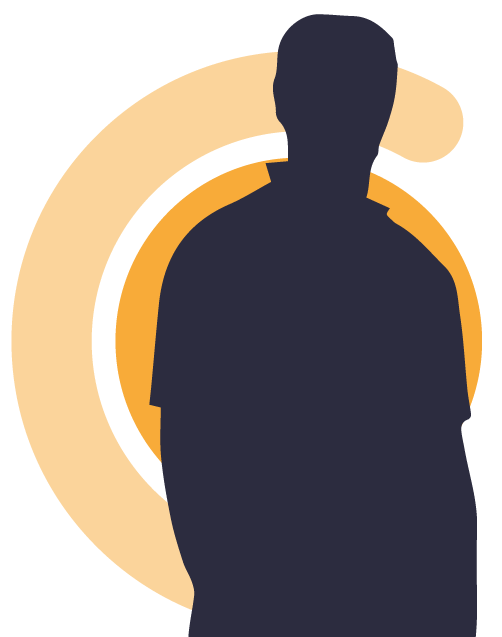 On arrival at TCES, Lloyd (not his real name) was a 1:1 student due to his complex needs, which included mutism. He refused to communicate with staff other than through grunting and pointing which had often led to staff misunderstanding him in the past. This in turn led Lloyd to become physically violent towards both staff and pupils through frustration.

One of Lloyd’s designated 1:1 staff members was able to build a positive relationship with him and reduce his physical outbursts and frustrations. This led to the discovery that he was particularly keen on gaming, which became the new focus of his curriculum pathway and the beginning of his relationship with the art teacher.

At first, Lloyd’s visits to the art room were no longer than five minutes, after which he would typically find the gun-tacker and start firing staples at the other pupils. Over the course of a year he was able to stay longer in the room, apologising to the teacher in a whisper and asking to be allowed to return if sent out for not meeting the expected behaviour standards.

Lloyd had a particularly volatile relationship with another pupil in the art class, which often led to fights as soon as they set eyes on each other. The other boy had recently started to engage in art via the computer game Gota, which he was highly adept at. Their teacher identified an opportunity to change the dynamic of the two boys’ relationship and engage Lloyd in art via his love of gaming.

Using expert persuasion, the teacher convinced the other boy, Harry to teach Lloyd how to play Gota. This led to a far better relationship between the boys, but most importantly Lloyd found an activity that allowed him to stay in the art room longer. He became a feature of the art room playing Gota, slowly revealed that he could talk and was visibly developing an enjoyment in being around others.

One day he told the teacher that he wanted to do some art work and painted a polystyrene head with considerable concentration. Lloyd went on to express an intention to use his time at school to achieve qualifications and his teacher began talking to him about working towards an Art GCSE. The two worked together to identify how Lloyd’s enthusiasm for gaming could be harnessed as a theme for his coursework. He was entered for the GCSE at the end of Year 8 and achieved a grade 7.

Now working towards an A Level, Lloyd has been supported by his teacher to narrow in on what he gets from his gaming. Together they boiled this down to teamwork and strategy. Lloyd has been investigating the ancient battles of Troy through the lens of gaming, teamwork and strategy and during lockdown learned to create art using VR (Virtual Reality) hardware and software attached to his PS4. 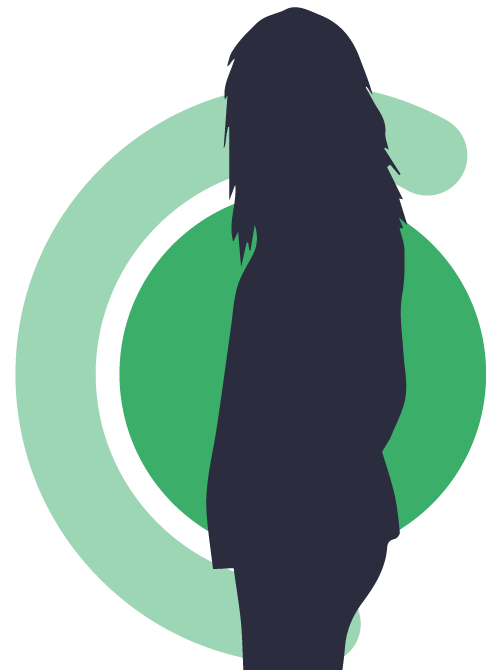 On arrival at TCES Amy (not her real name) was an accomplished horse rider, but was struggling in mainstream education, with communication and relationship issues commonly associated with ASC conditions.

Just two terms in Y12 at TCES made a huge difference for Amy. Her tutor worked closely with her, building on her interest in horses and encouraging her to use her skills to help others.

There was a surprise in store for the tutor when Amy put her learning to the test. Asked what she’d like as a reward for being an outstanding pupil, Amy said that she’d like to help her tutor overcome her deep fear of horse riding.

Amy took total control of the session, encouraging the tutor to mount the horse, then teaching her the basics of walking and trotting. The tutor said, “Prior to my lesson I was terrified. But Amy was caring and supportive and made me feel very safe in her hands. We’re all so proud of her achievements and feel sure that she’s going to move on to become a very successful horsewoman.”

After the lesson Amy said, “I feel that my tutor did very well and I am proud that she faced her fear of horses and hopefully won’t be scared of them any more.”

Amy was keen to further develop her interest in horse care and, based on her academic development, secured a place to study Level 1 horse care in Equine Therapy. 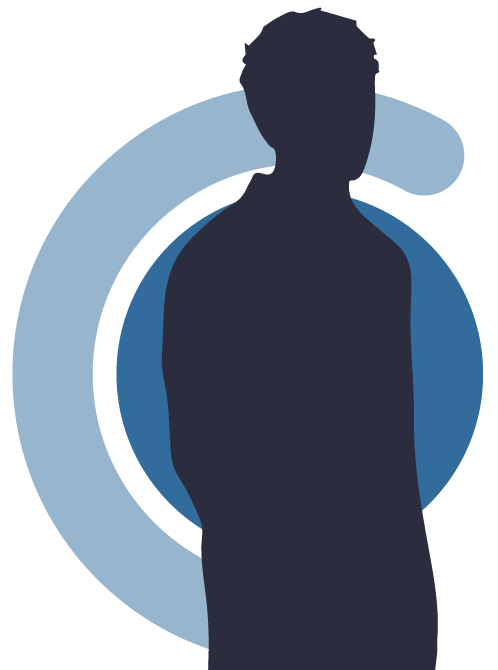 John started to show difficulties in his behaviour and emotional needs at a very young age – with his aggressive outbursts starting while in Y4 at mainstream school. By the end of Y5, his behaviour had deteriorated and he was moved to a provision for children with SEMH needs. While there, he displayed such violent behaviour on one occasion that police and paramedics had to attend his school. It was during this time that John made a disclosure of physical abuse, and his family was put on to a child protection plan by social services.

His previous Head Teacher described him as ‘a young boy who exhibits a high level of aggression and violence when upset’, yet ‘when calm, he is a lovely boy with a delightful smile and can communicate effectively with adults and children’. He said that John found friendships difficult as ‘he couldn’t relate to the feelings of others and disliked sharing his space’, and that ‘he needs a highly supportive environment to help him express his worries and help him manage his volatile behaviour’.

John was referred to TCES Create Learning. At first, he spent time on a 1:1 basis with his tutor, in the community and would have meltdowns and not communicate. After six months, he was ready to transition to learning in the therapeutic hub, where he was able to join paired and very small group learning. He gradually began to talk through any difficulties instead of having meltdowns.

Two years after joining the TCES Create Learning, he was able to cope in a larger group learning environment and had made significant academic progress. During this time John demonstrated a high level of commitment, a positive attitude and resilience to his personal development and progress.

Ready to ‘step down’ to a TCES school setting, John was then fully integrated with pupils at TCES East London School. His teachers describe him as a highly creative young man in art and the written word, with a true passion as an aspiring young chef.  He is now viewed in his school community as a positive role model and has recognised how well his attitude and behaviour has improved since joining the school.